The digital currency market has grown to introduce several cryptocurrencies. However, Bitcoin, the first cryptocurrency ever in the market, remains to be the mother of all digital currency. Although it faced restrains in its initial birth, it has come a long way in addition to steadily gaining popularity. Its popularity gained favor when its price shot up to about 4,764 USD in the year 2016 from 572 USD. Although many people thought that Bitcoin was a scam and that it was bound to collapse and seize existence, this line of thought is very different. Bitcoin is currently a major investment option that is making its way to creating a severe impact in the financial market.

Bitcoin comes with characteristics that allow it to serve the global economy. Its unique properties authorize money and other traditional currencies that other forms such as gold cannot, and thus the reason Bitcoin has the ability to affect the global economy. Understanding Bitcoin’s properties that could promote the growth of an economy will help boost a financial crisis.

Bitcoin is a digital currency, and as such, it does not have a physical appearance, as you would find with fiat currency. Therefore, it can only be stored in a digital wallet, which can easily be restored with the help of a seed phrase if you access it using different devices. These devices are the normal day-to-day devices such as phones and tablets. Under normal circumstances, devices that can access the internet are viable. This property makes it possible to venture into global markets without too many restrictions, thus being able to sustain the economy during an economic recession. Even in countries that suffer from sanctions can employ the use of Bitcoin to complete transactions. Therefore, different countries can simply participate in boosting the economy in times of crisis.

Bitcoin refers to a decentralized digital currency, which means that it carries out real-time transactions. The idea behind this characteristic is the ability to reduce fraud cases. In addition, the absence of third parties and intermediaries makes it ideal because the involved parties manage and control their assets. Financial crises arise from large fraud cases and, as such, affecting the economy negatively. Unlike fiat currency, Bitcoin does not have to go through several custodians before completing a transaction. The absence of intermediaries also reduces the fees and charges one has to incur. This plays a major role in stabilizing an economy, as there is more funding to sustain the economy.

Over time, Bitcoin is being accepted as a formal form of payment. In this, it provides an alternative during times of recession or during a financial crisis. A government will indicate the presence of a financial crisis but keep in mind that they are only referring to a fiat currency problem. Using Bitcoin can provide a similar effect on transactions as well as provide a solution where fiat currency poses a threat. The world is accepting the involvement of digital currency during transactions as well as modes of investment.

It is important to understand how Bitcoin is shaping the global economy. Many investors are currently adding Bitcoin to their portfolio. However, it is affected separately by different factors when comparing it to fiat currency. Therefore, many investors are looking at crypto as a hedge against inflation. During inflation, an economy faces recession with the presence in a fall in the purchasing value of a currency. Including a stable digital currency such as Bitcoin can stabilize inflation.

Rather than relying on a country’s economy as a single entity, cryptocurrency is looking to better the economy by opening up economic boundaries. Just like international trade, using Bitcoin is even better because there are no limitations on which country to venture into. Entrepreneurs can use crypto without changing the rules and regulations anytime a business expands into a different country.

The internet is allowing more people to gain access to the world, and this is no different in the United States. Connecting to the internet economy has partly allowed several businesses in the United States to thrive even during an economic slowdown. To boost transactions from such markets is better with the help of digital currency.

Many national and regional authorities are fighting to grapple with their financial regulations considering that Bitcoin is becoming ubiquitous. Although Bitcoin comes with various benefits to the economy, many countries are trying to set regulations for use and thus the reason central banks are fighting to control this digital financial system. It is important to note that some countries are banning the use of cryptocurrency for any financial activity. Since the birth of Bitcoin, more countries are adopting its use.

Bitcoin established a global decentralized transaction network. This network eliminates the need for any centralized institution for currency settlement or issuance. Bitcoin has, therefore, opened the door for a new type of market. In addition, it has opened new opportunities where no authority, body, or individual controls the money market.

Rather than persuade venture capitalists, banks, or other financial institutions for their prospective project, investors can bypass the regulations and authority by using ventures such as Initial Coin Offerings (ICO). Initial Coin Offerings help startups, and small businesses across the globe can sell some of their coins to provide their business with a stable foundation.

Bitcoin provides some solutions to a financial crisis from the above perspective. Bitcoin is not restricted by geographical boundaries or a specific country’s economy. The properties of Bitcoin come in handy in surpassing the effects of inflation on an economy. 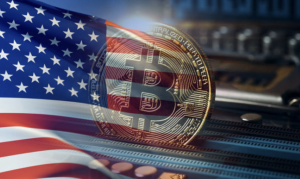